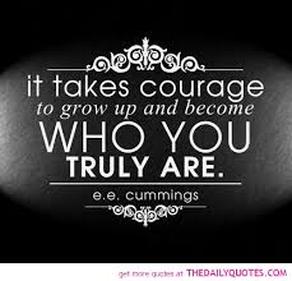 Holden is alienated from society. He suffers from isolation due to his opinions of society. What downgrades Holden very shortly into the novel is his lack of confidence, "I read a lot by I'm illiterate." However, it's ironic because he shows quite intelligence when he's narrating. Even though he is sixteen years old and over six feet tall, he claims to be more of thirteen-year-old, maybe because of his gray hair that's developing within his dark hair. Oh yeah, the adult world are full of phonies according to him. Even though he shows such hatred toward phony qualities, he exposes some of the phony qualities that he shows great disdain with. This is one of the main reasons why Holden Caulfield is a tragic character, who is headed for a downfall.

He is clueless of what he wants to do with his life. When he's back at his apartment with Phoebe, she confronts to him that he isn't interested into anything. However, he later then responds, telling her that he wants to catch children if they fall off a cliff of rye. He would want to be the "catcher in the rye", deriving from the title of the novel. Because of hope gained by being tragically flawed, one is able to find their personal dignity, according to Arthur Miller. But Holden doesn't have this hope about developing as a character, so therefore he again suffers as a tragic character. "The tragic right is a condition of life, a condition in which the human personality is able to flower and realize itself." Holden doesn't have this condition of life; he hasn't sprouted; and he hasn't been able to realize who he truly is underneath. All he has are ideals for Phoebe and ideals for the human race.

Nobody excluded Holden from society. Nobody kicked him out on purpose because of his social status, his family, his wealth, his gender, nothing. Holden can't find his rightful place in society because he excluded himself from it. He excluded himself from society. What makes him a tragic character out of this is because he can't "evaluate himself justly." But this was caused by his own actions because he had been facing a conflict with himself. He didn't even know he was having a conflict with himself, and according to Miller, that can lead to someone's downfall. A common man has that fear of being displaced from the world and having a fear like they don't belong anywhere. To be honest, Holden really doesn't give a crap because he feels that alienating himself in the woods with Sally Hayes is the best thing for him.

The quote shown above is by e.e. cummings. The analysis of this quote basically says that in order to overcome the obstacles of a tragic loss or flaw is to be courageous; to not let yourself be passive, but active. This contrasts with Holden because he is a passive character. As other people continue to come across him in the novel, he isn't fighting against the schemes that are downgrading him. Rather instead, he spends his nights at local bars getting himself drunk. Lastly, what makes him fall under the tragic pursuit is he doesn't secure his personal sense of dignity.