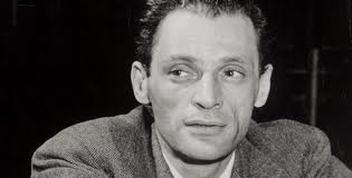 Due to the murder of King Duncan, king of Scotland, MacBeth from Shakespeare's classic was named king of Scotland. Like many other tragic heroes, his ambition drove him to the top but tumbled because he fell short of "personal dignity", as Arthur Miller implies. Because of many critics, Willy Loman, main character from Death of a Salesman, is not a tragic hero because he was not a person of high magnitude and did nothing to try to resist his fall. According to Miller, though, a tragic hero is one who sacrifices all he has to preserve his "personal dignity".
"Tragedy and the Common Man"


As a general rule, to which there may be exceptions unknown to me, I think the tragic feeling is evoked in us when we are in the presence of a character who is ready to lay down his life, if need be, to secure one thing--his sense of personal dignity. From Orestes to Hamlet, Medea to Macbeth, the underlying struggle is that of the individual attempting to gain his "rightful" position in his society.

Sometimes he is one who has been displaced from it, sometimes one who seeks to attain it for the first time, but the fateful wound from which the inevitable events spiral is the wound of indignity, and its dominant force is indignation. Tragedy, then, is the consequence of a man's total compulsion to evaluate himself justly.

In the sense of having been initiated by the hero himself, the tale always reveals what has been called his "tragic flaw," a failing that is not peculiar to grand or elevated characters. Nor is it necessarily a weakness. The flaw, or crack in the character, is really nothing--and need be nothing--but his inherent unwillingness to remain passive in the face of what he conceives to be a challenge to his dignity, his image of his rightful status. Only the passive, only those who accept their lot without active retaliation, are "flawless." Most of us are in that category.

But there are among us today, as there always have been, those who act against the scheme of things that degrades them, and in the process of action, everything we have accepted out of fear or insensitivity or ignorance is shaken before us and examined, and from this total onslaught by an individual against the seemingly stable cosmos surrounding us-from this total examination of the "unchangeable" environment-- comes the terror and the fear that is classically associated with tragedy.

The quality in such plays that does shake us, however, derives from the underlying fear of being displaced, the disaster inherent in being torn away from our chosen image of what and who we are in this world. Among us today this fear is as strong, and perhaps stronger, than it ever was. In fact, it is the common man who knows this fear best.

Now, if it is true that tragedy is the consequence of a man's total compulsion to evaluate himself justly, his destruction in the attempt posits a wrong or an evil in his environment. And this is precisely the morality of tragedy and its lesson. The discovery of the moral law, which is what the enlightenment of tragedy consists of, is not the discovery of some abstract or metaphysical quantity.

The tragic right is a condition of life, a condition in which the human personality is able to flower and realize itself. The wrong is the condition which suppresses man, perverts the flowing out of his love and, creative instinct. Tragedy enlightens--and it must, in that it points the heroic finger at the enemy, of man's freedom. The thrust for freedom is the quality in tragedy which exalts. The revolutionary questioning of the stable environment is what terrifies. In no way is the common man debarred from such thoughts or such actions.

Seen in this light, our lack of tragedy may be partially accounted for by the turn which modem literature has taken toward the purely psychiatric view of life, or the purely sociological. If all our miseries, our indignities, are born and bred within our minds, then all action, let alone the heroic action, is obviously impossible.

And if society alone is responsible for the cramping of our lives, then the protagonist must needs be so pure and faultless as to force us to deny his validity as a character. From neither of these views can tragedy derive, simply because neither represents a balanced concept of life. Above all else, tragedy requires the finest appreciation by the writer of cause and effect.

No tragedy can therefore come about when its author fears to question absolutely everything, when he regards any institution, habit, or custom as being either everlasting, immutable, or inevitable. In the tragic view the need of man to wholly realize himself is the only fixed star, and whatever it is that hedges his nature and lowers it is ripe for attack and examination. Which is not to say that tragedy must preach revolution.

The Greeks could probe the very heavenly origin of their ways and return to confirm the rightness of laws. And Job could face God in anger, demanding his right, and end in submission. But for a moment everything is in suspension, nothing is accepted, and in ' this stretching and tearing apart of the cosmos, in the very action of so doing, the character gains "size."' the tragic stature which is spuriously attached to the royal or the highborn in our minds. The commonest of men may take on that stature to the extent of his willingness to throw all he has into the contest, the battle to secure his rightful place in his world.


For, if it is true to say that in essence the tragic hero is intent upon claiming his whole due as a personality, and if this struggle must be total and without reservation, then it automatically demonstrates the indestructible will of man to achieve his humanity.

The possibility of victory must be there in tragedy. Where pathos rules, where pathos is finally derived, a character has fought a battle he could not possibly have won. The pathetic is achieved when the protagonist is, by virtue of his witlessness, his insensitivity, or the very air he gives off, incapable of grappling with a much superior force.

Pathos truly is the mode for the pessimist. But tragedy requires a nicer balance between what is possible and what is impossible. And it is curious, although edifying, that the plays we revere, century after century, are the tragedies. In them, and in them alone, lies the belief--optimistic, if you will--in the perfectibility of man.